Getting a ticket for anybody is incredibly stressful and be both an inconvenience and result with a great expense. The best approach is to be aware of road signage and adhering to the very letter of the law- not double parking, dropping off at bus stops or simply not speeding. But, most drivers do indeed get them periodically. 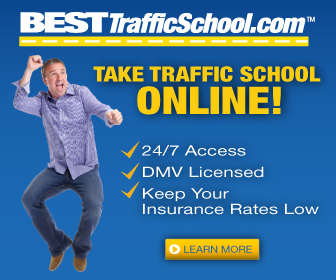 Rideshare Drivers Are More Prone to Getting Traffic Tickets

When you are a rideshare driver you are typically putting in many more hours and miles a year than the average driver thus increasing your chances. Furthermore, can be considerably more consequential particularly if it was a more serious infraction or you have a couple of tickets within the last three years- as you can, and probably will be booted off the driving platform. However, there are certain tactics you can employ to avoid getting a ticket- or get it reduced to a lower infraction- a reckless speeding ticket reduced to a speeding one for instance. You might think that you have already passed a background check and it will not impact you. But Uber and Lyft run background checks on their drivers annually. For both Lyft and Uber, you cannot have a more than three violations within three years. It goes back seven for violations such as a D.U.I or reckless driving. These tactics can hopefully help you stay on the road driving rideshare and making money. Also, remember, that as independent contractors any and all fines you accumulate as a driver fall upon us.

Drivers: Here are the Best Ways to Get Out of a Traffic Ticket

It might sound overly simple and seem as common sense. However, when you are agitated from being pulled over keeping a cool head might be a tad challenging- particularly if you feel you should not have been. This would be exasperated further if you have passengers with you. You might feel compelled to proclaim your innocence and even argue with the officer. Yet, it always wise to refrain from such objectionable behavior and be cordial, respectful and even apologetic. I have had in my three years driving had more than one experience where I have been given a warning myself due to my humble approach. Typically, I was dropping riders off at an inappropriate turn or making a hurried and inappropriate U-turn as the next pick up was a mile behind me. (why does that always happen?) Many officers appreciate what we do as we are helping to keep drunks off the streets and will be more lenient with us. One confessed he always smiles when he is cruising the freeway at three in the morning on a Saturday night and he sees us. I have also driven many a drunk CHP officer. They know driving is a tough job at times.

Watch below to learn how you can best avoid an officer giving you a ticket after getting pulled over.

If you can’t wiggle yourself of physically getting the ticket written- fear not- you still have options. You can take an online traffic school course and pass it before your arraignment. This is a good aid in getting the ticket dismissed and demonstrates willingness to become a better driver. These courses can be found for around twenty dollars and are available in every state. Be pro-active in your approach. Many comedy clubs also have them and make them both a good source of entertainment and useful knowledge.

SPEEDING TICKET? Wipe your record clean from the comfort of your computer!

Mistake of fact comes into play if there was a reason for your infraction. A prime example would be that a recent storm placed a tree branch in front of a stop sign, a traffic light is broken or crosswalk markers were faded and old and beyond being discernable after the sun set. Go back and take several clear photographs of where you got pulled over – and at the same time of day if that was a contributing factor-and present them at the arraignment.

It might be tempting to simply pay the ticket as soon as possible. But remember if you do that you are stuck with it on your record. It is always better to present your case in a court of law however intimidating you find the process. If you find any information on your ticket that is inaccurate- driving license number, car model etc. you may win your argument. If it is a speeding ticket you should now the type of radar gun they used. A quick internet search will reveal how said gun needs to be calibrated and its level of accuracy. There is always a possibility that the arresting officer does not show up. This, as many might think, does not mean an automatic victory although it drastically increases your argument. Besides, in fighting the worst case scenario is that you fail. But if you do not fight it you would never have known if you could have won it with ease.

It sounds a mouthful I know- but is a simple concept. In court you can challenge the police officers view of what happened. This is particularly an option if the officer made a subjective assessment as to if you violated the law. They made an opinion based on what he witnessed and their years of experience. An example might be that you were accused of making an unsafe left turn. You might argue that under the circumstances at the time, due to road conditions and traffic, that is was indeed the safest option. You might further argue that where the officer was parked did not give them optimal and clear view of your supposed violation. In many states even going over the speed limit can be justified as a speed limit is just a legal presumption as to the safe speed for said road. So if there was minimal traffic and ideal weather conditions going ten miles over might be debated as being both reasonable and perfectly safe.

Simply arguing that the officer claimed you jumped a red light and you did not will probably fail as courts almost invariable side with the badge. However, if there were passengers or even willing bystanders (perhaps neighbors or work colleagues) who will testify in your defense your chances for victory drastically increase.

Sometimes even a simply drawn diagram of the intersection showing where you were along with any other traffic and the police vehicle can strengthen your case.

6. Prove Your Actions Were Necessary to Avoid Harm.

This argument is valid in all 50 states. If somebody in a 16 wheeler is tailgating, you and you speed up to get away from them for instance. Or crossing a double yellow line to avoid and item in the road or even a pedestrian.

Making up an Excuse is Always Going to Fail

You might want to argue that you didn’t see the stop sign as you were being texted, or I overate during lunch and your stomach was too uncomfortable to put on the seat-belt or my wife is in hospital. There is never an excuse to break the law- including not knowing you were breaking the law.

Again remaining calm and polite during the ticketing is a big plus- they will note your demeanor on the ticket. As I mentioned always fight the ticket all the way to the courtroom. When you show up at court once more be on your best behavior. Also dress to impress- showing up in old faded tatty tee-shirt, shorts purchased a decade before and mismatched flip flops will not create the impression to seal your victory. Wear the smartest clothes you have- as if you were going to a job interview. Also be prepared- have a file with all your documents, notations and diagrams neat and ready to present. Remember judges deal with all kinds of people on a daily basis- be the best you that you can be and win them over.

The best approach, as I mentioned is simply be aware of to be aware of your surroundings at every given moment. Road conditions, weather and other factors are all relevant.

Stay safe out there- and happy rideshare driving.

Did you find this article useful? Have you gotten out of a traffic ticket before? Comment below, drivers!

The Ultimate Guide to Becoming a Postmates Courier

Uber Drivers: Looking to Ensure Income During the Coronavirus Pandemic? Here’s What is in Demand Right Now!

UPDATED – UBER Classifies Their Drivers: The Secret to Why You’re...

Uber is asking the feds to consider its drivers as essential workers for purposes of the vaccine.

US tech firms like Uber, Lyft, and DoorDash could pay gig workers up to 15% of their compensation in stock under new proposal

Uber is asking the feds to consider its drivers as essential...

US tech firms like Uber, Lyft, and DoorDash could pay gig...

Jon Lesage at Oilprice.com asks: Can Uber And Lyft Keep Their...

What Drivers Should Do in a Lyft or Uber Accident ,...

Uber Drivers, Here’s What it Means to be in the Service...

The Strikes Against Uber Across the Nation are Causing a Divide...

Uber to expand across the province of Quebec, Canada

Got a Ticket as a Rideshare Driver? Here’s How To Handle...

What is an OBD2 Scanner and Does It Actually Work?

41 Legit Money-Making On-Demand Jobs Like Uber to Stack Your Side...

UPDATED – UBER Classifies Their Drivers: The Secret to Why You’re...

ABOUT US
We at Driver Things have a vision. A vision to empower drivers through the experience, wisdom and support of your fellow driver. From the get-go, we want our site content to be organic – power for the driver, powered by the driver. That’s you! Driver Things is your megaphone, your platform.
Contact us: editor@uberdriverthings.com
FOLLOW US
© Copyright 2020 © UBER Driver Things. All Rights Reserved.
We'll Keep You Updated on All New Gigs!
Want to be notified when new gig opportunities come along? Sign up below and you'll be amongst the first to know!
Sign Up
×